Nitro RC engines were the only practical way of powering a decent sized RC airplane when I first got into the hobby several years ago.  Recent technology has led to a huge shift towards electric powered aircraft. 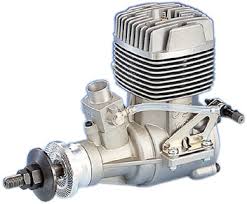 I love the convenience and simplicity of my electric planes. But nothing beats the smell of glow fuel burning or the sound of a four-stroke puttering by on a beautiful spring afternoon!

While glow engines definitely have the “cool factor” over electrics, they can be quite the pain in the butt if not taken care of properly. Having a good understanding of how they work and how to take care of them is absolutely critical.

What IS a Glow Engine?

While often called nitro engines, they’re technically glow engines. This is because they use glow plugs instead of spark plug. It’s actually pretty cool how these little plugs work, it’s all explained right here if you’re not familiar.

These engines use a special type of fuel that not only provides the energy for combustion, but also serves as a coolant and lubricant. It’s basically alcohol mixed with oil and a touch of nitromethane. You can read all about this type of RC airplane fuel here.

Other than the plug and fuel, glow engines work the much the same way as any other internal combustion engine, but there are some distinct differences that are important to know. 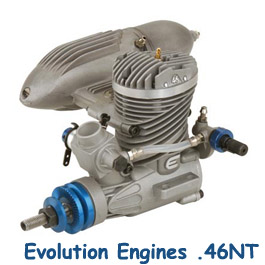 Because a two-stroke engine fires every revolution it has a high pitched whining sound when running.

The design of a 2-stroke engine is very simple as camshafts and rocker arms are not needed to open and close valves. Two-stroke RC engines have a higher power to weight ratio than four-stroke engines.

Most beginners start with two-stroke engines because they are cheaper, easier to maintain, and easier to tune. 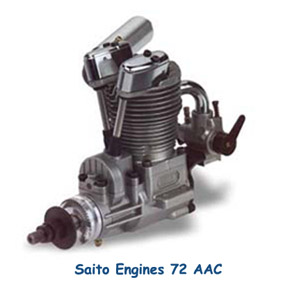 Four-stroke engines fire every other revolution which produces a very low pitched growl that sounds a lot like a full-scale airplane!

For this reason most large aerobatic and giant scale planes including warbirds use 4-stroke engines.

Four-stroke nitro RC engines are also easier on fuel consumption. Four stroke engines can be a bit more tricky to tune than 2-stroke engines. This is really a non-issue if you invest in a good tachometer.

Four-stroke nitro RC engines produce more torque at lower RPM’s compared to a two-stroke RC engine. This means that four stroke will use a much larger diameter propeller than a two-stroke engine.

Some nitro RC engines are available with ball bearings supporting the crankshaft while others have bushings that support the crankshaft. 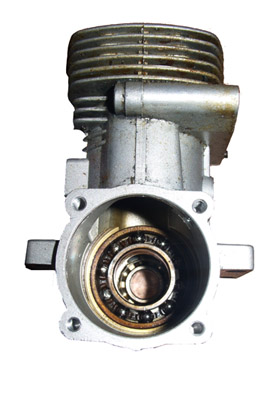 The picture above is what the bearings look like. There are two sets of bearings. One set in the front and a larger set in the back.

I've never had a bushed engine so I don't have a picture to show you. A bushing is nothing more than a bronze or brass disc with a hole in the center for the shaft.

It is easy to tell if a nitro RC engine has bearings or not just by looking at it. Take a look at this O.S. 46AX engine above. The area highlighted red is where the bearings sit in the housing. The O.S. 46LA engine on the right does not have bearings.

Although bushed engines are cheaper, they are not nearly as powerful or efficient as engines with bearings. This is because the bearings do a much better job of minimizing friction than bushings do.

There are two different ways that nitro RC engine manufactures seal the piston with the sleeve in the bore. It is critical that the piston and sleeve form an airtight seal in order for the engine to produce compression.

Some RC engines simply have a ring that goes around the top of the piston that seals with the iron sleeve. This is called a “ringed” engine.

To the left is a cross sectional view of the piston/sleeve assembly of a ringed engine. It is greatly exaggerated in order to illustrate how a ringed piston seals with the sleeve. The portion in red is the ring.

Some nitro RC engines have an aluminum piston that moves in a tapered chrome plated brass sleeve. This type of engine is called an ABC engine for Aluminum, Brass, and Chrome.

This can make ABC engines a little more difficult to start, especially in cold weather.

The repair cost for a ringed nitro RC engine is much less than that of an ABC engine. The ring itself is usually the only thing that fails in a ringed engine, provided that you run the engine with the correct fuel mixture.

The rings are very easy to replace and are inexpensive. The cost for replacing the ring is typically under $20. To rebuild an ABC cylinder you will need to buy a new sleeve and new piston.

As with anything, the sum of the individual parts of an engine cost a lot more than the whole. It is usually not economical to rebuild an ABC engine.

The benefit of an ABC engine is that the break-in time is a lot shorter. An ABC engine will tolerate the occasional lean run, as where a ringed engine will be damaged immediately with a lean run.

The benefit of a ringed engine is that it can be rebuilt relatively cheap. A ringed engine will tend to hold its maximum power longer than an ABC engine which slowly decreases in power as the sleeve and piston wear.

If you’re new to the hobby I recommend getting an ABC engine. It is much more forgiving and easier to break in. It’s worth noting that just about all four-stroke engines are ringed engines.

When you buy a nitro RC airplane it will always have a number associated with it that gives you an idea of what size engine it will need.

For example, the Hangar 9 Alpha would require at least a “40 size” nitro RC engine. The size of the engine corresponds to the displacement of the cylinder.

The Evolution .40NT would be a good fit for the Hanger 9 Arrow 40 nitro RC airplane. An engine slightly larger than the number on the airplane will certainly give the airplane a little more spunk!

Nitro RC engines will last you a lifetime if properly operated and maintained. On the same token, the engine could last a very short time if not cared for properly. The lifespan of your engine is in your hands.

As with any engine, it's extremely important to break glow engines in properly. ABC and ringed engines must be broken in differently. Be sure to follow these nitro engine break in procedures.

Proper tuning of your engine is absolutely critical.  The quickest way to destroy an engine (aside from crashing) is running it lean. So make sure you have a through under standing of how to tune your nitro engine. 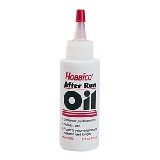 Proper storage of your engine is also important. At the end of each day of flying it's a good idea to make sure all of the fuel inside the engine has been burned. With the glow igniter in place, flip the engine over until it no longer fires. This is easy to do with an electric starter.

If you won't be using your engine for an extended period of time (over a month), it's a good idea to run some after run oil through your engine. This will prevent the inside of the engine from developing rust.