Build your favorite warbird from scratch with a set of RC airplane plans.  You're guaranteed to have a one-of-a-kind scale model airplane that will definitely get some attention at the flying field!

WWII Fighters have a special place in the hearts of all aviators as these birds have paved the way for the extraordinary modern military aircraft we see in the skies today. It's not surprising that many scratch built RC airplanes are in fact warbirds built from scale RC airplane plans! 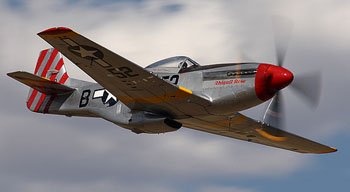 North American's P-51 Mustang is one of the most recognized warbirds of all time. This single seater fighter was designed to escort allied bombers into enemy territory during WW2.

The P-51 Mustang could fly much farther and faster with more maneuverability and ammunitions than previous escort fighters. The P-51 changed the course of WWII by escorting allied bombers much deeper into enemy territory than was ever possible before!

Use the RC airplane plans below to recreate your miniature version of this legendary American fighter!

The signature shark's mouth nose art has made the P-40 Warhawk one of the most recognized warbirds of WWII. The Curtiss P-40 was used by 28 nations during WWII. U.S. P-40's were officially named "P-40 Warhawks" while the British and Soviet forces called theirs "P-40 Tomahawks".

This P-40 was the first single-seater fighter ever to be massed produced in the U.S.! Although it may not have been the best performing warbird of its time, it was by far the most readily available and dependable. It was probably the most rugged fighter of WWII as it could take a beating and keep on truck'in!

The RC airplane plans below will allow you to build your very own P-40 Warhawk. The best part will be painting those shark teeth!

The U.S. manufactured F4U Corsair was one of the most powerful fighters of WWII. The Japanese Zero was no match for this machine!

The distinct sound from the radial engine of this beast instilled fear in the hearts of the Japanese soldiers. They referred to the sound of an incoming Corsair as the "Whistle of Death"!

The F4U is known for its unique "bent wing" designed that allowed it's giant prop to clear the ground for short landings. The wings also fold up out of the way for storage.

The design of the USAAF P-38 Lightning was a drastic change from conventional fighter aircraft of the era.

Its unique design with two engines gave this plane twice the power of its predecessor. The redundant engine also made it less vulnerable to being shot down by the enemy.

The P-38 was one heck of a fighter! In fact, the Germans referred to is as the "fork-tailed devil". The P-38 is responsible for taking out Admiral Yamamoto (the master mind of the Pearl Harbor attack) during Operation Vengeance in April 1943.

The P-38 was much more than a fighter! It was powerful enough to be used as a bomber, it flew high enough for reconnaissance, and could fly far enough to be an escort plane! 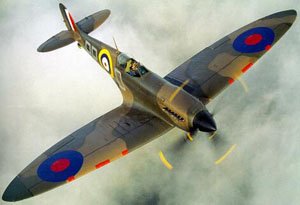 This single seater fighter is by far the most recognized British fighter of WWII. The Supermarine Spitfire, with the help of the Hawker Hurricanes, changed the course of history by holding off the German Luftwaffe at the legendary Battle of Britain.

The Spitfire is often referred to as "the fighter that saved a nation". The Spitfire became the centerpiece of the British Royal Air Force after its impressive performance at the Battle of Britain.

Its signature elliptical wing design set's it apart from any other warbird of the era. This unique silhouette has undoubtedly attracted many modelists into building their very own scale replicas of this beautiful bird. The RC airplane plans listed below will supply the blueprint you need to build your very own Spitfire! 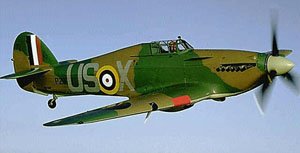 The Spitfire may have been regarded as "the fighter that saved a nation", but it was the Hawker Hurricane that took down more enemy aircraft in the Battle of Britain than all other air and land defenses combined!

To be fair, there were 32 squadrons of Hurricanes compared with 19 squadrons of Spitfires. Never-the-less, both the Hawker Hurricane and the Supermarine Spitfires were responsible for the victory at the Battle of Britain. The entire world will forever be grateful for the outcome of that crucial battle.

Use these RC airplane plans to recreate history on a miniature scale at your flying field! 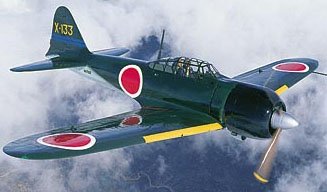 The Mitsubishi Zero was the most prominent fighter of the Imperial Japanese Navy Air Service, being one of the deadliest aircrafts in the sky at the beginning of WW2. The Japanese "Zero" forever changed the course of history on that fateful day of December 7, 1941 when they took part in the bombing of Pearl Harbor.

Towards the end of WWII when they were no longer the top authority in the sky, Japanese kamikaze pilots used the "Zero's" to destroy American battleships.

Despite its despicable history, this is a beautiful bird and a favorite of many RC modelers. With the RC aircraft plans below, you can build one for your hanger!

Although these birds are definitely on the wrong side of history, the left a legacy of being ferocious fighters under Nazi command. 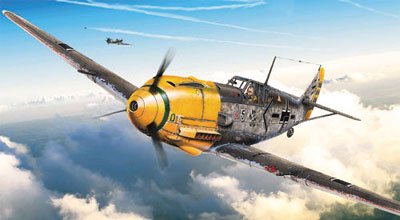 Being one of the first modern fighter planes of its time, the Messerschmitt Bf 109 was by far the most prominent aircraft of the German Luftwaffe during WWII.

It's regrettable that this bird was in Hitler's arsenal as this bird truly was one of the greatest fighers of it's time...

The RC airplane plans below make it possible for you to build your very own Messerschmitt Bf 109.

The Fock-Wulf 190 was the successor to the German Messerschmitt Bf 109. It is widely accepted as Germany's most potent fighter of WW11.

This beast was more than the existing version of the British Spitfire V's could handle! The Fock-Wulf 190 was undoubtedly a force to be reckoned with giving all Allied fighters a run for their money.