Story of my E-Flite Pitts

The first flight of my E-Flite Pitts Model 12 15e ARF had my heart pumping just like the good ole days when I was first learning to fly! 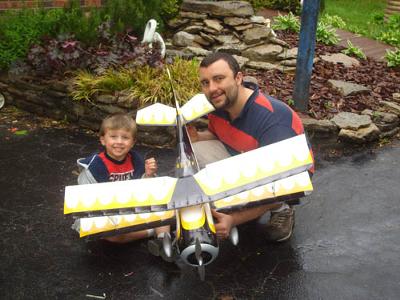 A few weeks ago I bought my first bi-plane, a great planes ultimate. I removed the electronics from the same size Sukhoi. After several days of work she was almost ready to fly. Then the unthinkable happened... 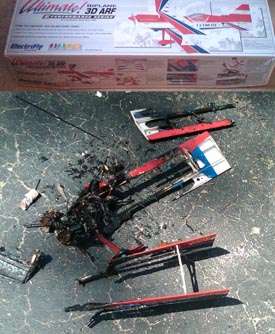 My X-acto knife slipped and punctured the battery while trimming the cowling to accept the battery.

I watched in disbelief as she went up in flames. Nearly $400 up in smoke. I was pretty bummed out to say the least…

After a day of sulking I figured the best way to get this past me was to buy a new plane.

There’s always a silver liner, since I had to buy all new components I wasn’t confined to choosing a plane that required the same size components of the Sukhoi!

I decided to move on and purchase the E-Flite Model 12 15e ARF,

I also went a head and bought a new Spektrum DSM2 AR6200 6-Channel Receiver so I could add some aileron differential, which was not possible with my the AR500 receiver from the Habu.

I did run into one issue when putting it together. After bolting the motor to the firewall I discovered that the shaft didn’t stick out past the cowling far enough to allow the prop to clear the cowling. 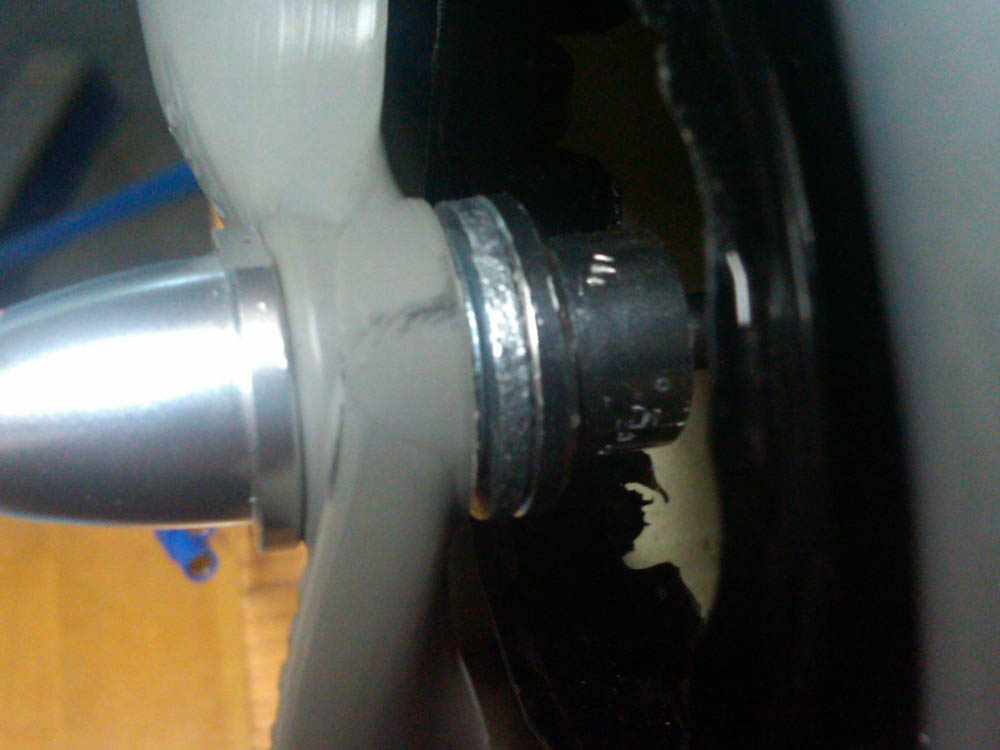 Instead of going through the trouble of making a ply or wooden spacer, I kind of took a short cut. I put a couple washers between the motor and the firewall, and also a couple washers right behind the prop. I had to cut off the nose portion of the fake radial engine in the cowling.

I kind of wish I would have taken the time to add the spacer, but it's too late now. This doesn’t affect the way it flies, but the radial engine would have looked better had I added a spacer.

While attaching the control rods from the bottom to the top ailerons, I accidentally broke off the wooden arm on the right aileron. So I had to cut this piece out and glue the end of a servo arm in its place.

The rudder and elevator servos holes seemed way to large for the recommended servos. To be honest, I actually thought it was a defect at the time until I got online after the fact to see how others dealt with this issue. So I glued in a couple of small play pieces to bring the servos even with the surface of the fuselage tail. 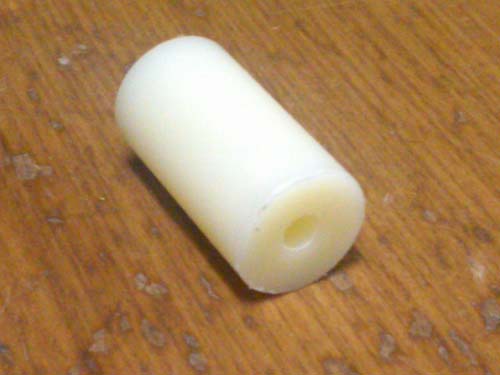 Here is a picture of some parts that I didn’t use. I have no idea what they are. They weren’t mentioned in the directions. Anybody know what these white plastic cylinder parts are for?

Weighing 24.1 grams, The Rhino's are actually lighten than the 24.8 gram Thunder power packs. I can sacrifice 100mah capacity for 25% of the price any day!

Since I have limited my first few flights to 5 minutes to avoid dead stick landings until I am comfortable flying the Pitts Model 12, I am not in a position to come to a final conclusion about he comparison of these two batteries.

Unless there are huge differences in flight times, seems like the Zippy Rhino's are a no brainer…

A about a month or so before buying this plane I crashed my Habu. The same week I nose dived the Sukoi. A week later I burned up the Great Planes Ultimate.

So you better believe I was just a tad bit nervous about lifting off with the new Pitts Model 12 15e ARF!

The wind was kind of gusty, but I didn’t think it was a big deal as I flew my Sukoi in much more wind on a regular basis. So here we go, all or nothing…

I feed in throttle and watched her climb to the sky. She actually climbed and veered left right into the sun. I couldn’t see anything. My heart was in my mouth!

So I decided to make a left turn instead of right as I had planned and she came out from behind the sun, I could breath again. I finally got her into the flight pattern and got her trimmed, but man was the wind having its way with her!

I was only in the air for maybe 3 minutes and I couldn’t take it anymore. Complete nervous wreck. So I decided to bring her in for a landing. I never knew that biplanes were affected by wind like this. She practically came down almost completely vertically. I some how managed to sit her down every so gently.

Oh man, I’ve been flying for a while, but my heart hasn’t pounded like this while flying for years! I sat there and waited about 45 minutes watching my son play in the stream at the park until the wind died down.

I was much more relaxed the second flight, but still never took her off low rates. She flies like she’s on rails! I came back the following day and tired the high rates. It’s going to take me a little while to get completely comfortable with this one.

Not sure if it’s the fact that she’s a bipe, or because I was nervous due to my recent track record, or what the deal was. All I can say is that I LOVE adrenaline surges, it’s what makes the hobby so fun!

Back to top of E-Flite Pitts