The Edge 540 is undoubtedly one of the most popular aerobatic RC airplanes of all time ranging from small3D profiles versions to giant Scale ARF's. 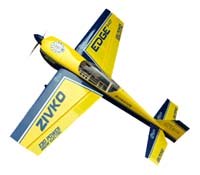 Like most RC Pilots, I'm sure you're very familiar with this airplane.

Unfortunately many RC pilots own and fly these planes without a true appreciation for it's profound contribution to the world of aerobatics.

Knowing the history of an airplane truly does enhance the experience of flying its RC counterpart.

If you already have a radio controlled Edge or are interested in one, this page will give you a little background on how this awesome bird came into existence.

Bill Zivko is the man responsible for bring the Edge 540 to life. He started his career as an aircraft mechanic in Wisconsin and by the late 1960's he was working along side Jim Bede designing the Bede BD-5J Microjets.

It was here that Bill and Leo Loudenslager became good friends. Leo just happened to be the pilot of the infamous BD-5J Bud Light Jet.

Their SpaceShipOne won the Ansari X-Prize in 2004 by being the first privately owned aircraft to send a civilian to space twice within a 14 day period.

I knew you would remember, kinda hard to forget those sideburns...

Burt Rutan was the perfect man for the job. He founded Scale Composites and hired his good friend Bill Zivko to run the shop!

Composite materials consist of two or more different types of material bonded together. One material serves as a "matrix" that retains the shape and holds everything together.The other materials reinforce this matrix. Fiberglass is a prime example of a composite you are probably familiar with.

Unlike steel, wood, or aluminum airframes of early airplanes; composite materials can be formed to any shape or length. Composites are also much stronger and lighter.

Bill Zivko learned quite a bit about composite materials at his time with Scale Composites. In 1987 Bill and his wife started their own engineering company for designing and manufacturing composite components and aircraft for government agencies and the private sector.

Zivko makes composite parts for just about every aspect of aviation you can think of ranging from instrumentation pods to UAV's. Zivko gained quite a reputation for their high quality and attention to detail of their products.

Bill developed an interest for Unlimited Aerobatics through some of the pilots he became friends with throughout his career. One of those friends was Leo Loudenslager. Leo won the U.S. Nationals in the Unlimited class 7 times and along with being the world champion with is infamous Laser-200.

The Laser-200 caught the attention of the world in the mid 1970's and became more or less the "foundation" that most modern aerobatic airplanes evolved from.

Unlimited aerobatics is very competitive so others quickly took the concept of the Laser and improved upon it. By the early 1990's the top dogs such as Sukhoi Su-26 and Extra 300 were powerful lightweight composite airplanes that could withstand some major G's. The good o'le Laser was yesterday's news.

By this time Zivko had acquired some very talented engineers. With input from his pilot friends, Bill worked with his engineers to develop the Edge ZA-1 composite wing for the Laser. This much lighter and extremely stronger composite wing turned the Laser into a new animal!

The Edge ZA-1 wing was so successful that Zivko started making the necessary parts for pilots to buy the airplane with the new wing. Zivko called this new bird the Edge 360. Although the Zivko Edge 360 was a giant improvement over of the Laser, it still didn't have what it took to compete with the big dogs.

Bill and his crew decided it was about time to remind the rest of the world exactly where airplanes come from! Zivko carefully studied the competition and built upon their strengths and abandoned their weaknesses. 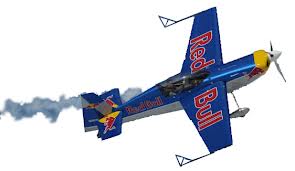 The Zivko engineers used the knowledge and experience with composite materials they gained from previous projects to design a new fuselage.

By utilizing composite materials to minimize weight while increasing structural integrity, they managed to design an airplane with a higher thrust-to-weight ratio than any other aerobatic airplane in existence.

In 1993 the "Edge 540" was born and quickly gained the respect of its peers by claiming 1st place at contests around the world. The Edge 540 is one of only 2 airplanes currently flown in the Red Bull Air Race circuit, and the only plane to ever win the Red Bull Air Race World Series. The Zivko Edge 540 is now recognized as one of the best, if not the best, aerobatic airplanes in the world known for its exceptional aerobatics and precision maneuvers.

The 540T is a two place(seat) training version of the aircraft that became available in 1999.