After hearing all the great reviews and about ParkZone T-28 Trojan , I couldn't resist buying one for my self. Boy was I blown away by just how powerful this little gal is. 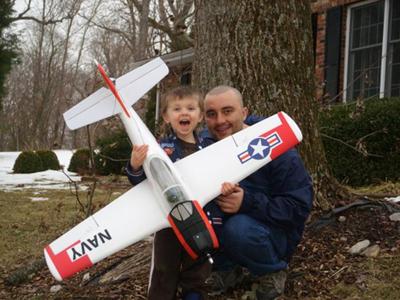 She has just as much pep as some of my glow powered airplanes, not to mention a heck of a lot cheaper. I actually paid less for this fully ready to fly airplane including radio system, motor, ESC, than I have paid for some of my four stroke engines alone!

Don't get me wrong, glow powered planes will always have a special place in my heart, but this is the plane that convinced me that electric RC airplanes can have just as much spunk and agility. But I digress...

Unlike my glow planes, the ParkZone T-28 Trojan is made with Z-Foam. It's a very strong, lightweight, durable material that resembles Styrofoam but is much easier to repair. It has a very shiny surface that really makes it look sharp.

The ParkZone T-28D is no longer being produced...

Wondering what the "D" actually stands for?

In a nut shell, the "D" designates the latest version of the Full-scale Trojan that carries fire power!

Buying either the BNF or PNP ParkZone T-28 is a good investment as the following components can be used with future airplanes. If you add the cost of each component you will see that the ParkZone T-28 really is a heck of a deal.

She comes with the powerful factory installed 480 brushless outrunner motor.

This plane comes with a balancing charger that greatly extends the life and performance of the Li-Po battery pack by making sure each cell is charged equally. 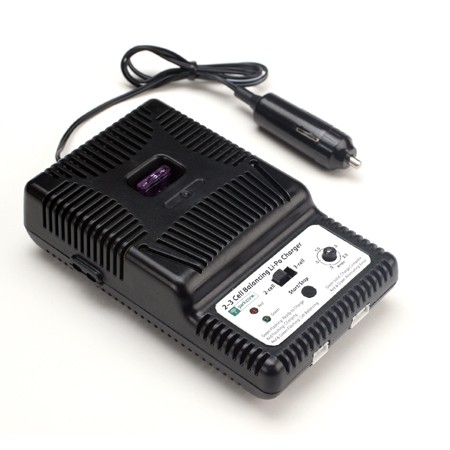 Li-Po batteries have the potential to be dangerous if changed incorrectly. This charger was designed with the beginner in mind as it takes all the guess work out of the procedure.

No dials or settings, just connect the battery to the charger, push the button, and it will let you know when the battery is charged! It's almost impossible to screw up with this charger...

This charger plugs directly into the cigarette lighter of your car so you can recharge as many times as you'd like while in the field.


Is This the Right Plane for You?

If you're new to the hobby and have someone to help you with your first couple of flights, this plane should be on the top of your list when choosing your first plane. 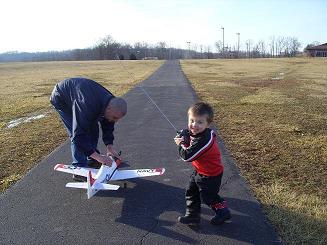 It comes with everything you need, which is very convenient and cost effective for a beginner. It's extremely stable and very easy to fly.

This is one of the rare RC planes that is fun for all pilots, regardless of experience. I have been flying for years, and this airplane is now one of my favorites simply because it's hassle free to fly and it performs!

I gave my son an old controller so he thinks he's controlling the T-28. Well, it worked for a few days until he opened the battery compartment and yelled "Daddy, mine's broke, it don't have batteries"...

Three year olds are smarter than you think!

Since I already owned a Spektrum DX6i radio, I opted for the Bind N Fly (BNF) version which comes with a Spektrum AR600 DSMX 6-channel receiver already installed.

If you already have a transmitter that's DSMX compatible, no problem. Just pick up the PNP version that comes with everything except for the receiver.

It never hurts to check eBays listings below as you may stumble upon an awesome deal.